Our primary goal is to save your natural teeth whenever possible. Our practice specializes in Endodontics, commonly referred to as root canal therapy. Endodontics is the treatment of the pulp and surrounding tissues of a tooth. Root canal, or endodontic, treatment may be necessary when the pulp tissue inside the root canals of a tooth becomes infected or damaged, which can be caused by dental trauma or decay.

When root canal therapy is performed the pulp chamber of the tooth is removed and then filled with a suitable filling material. Root canals are most often necessary when decay has reached the nerve of the tooth or the tooth has become infected. People have anywhere from 1 to 4 canals in a tooth. Extra canals may branch out and are called “accessory canals.” The number of canals and anatomy of a tooth can vary. The word “endo” comes from the Greek language and means “inside” or within. Endodontists work with the “inside” of a tooth. A root canal procedure may be performed on a single root canal or multiple root canals within a tooth.

During this procedure, the crown of the tooth is opened, allowing the doctor to access the root canal. The pulp tissue in the infected root canal is removed and the canals cleaned. A series of files is used to remove any remaining tissue, slightly enlarge the canals, and smooth the walls of the canals. Once any infection has completely cleared up, which could take a few days or longer, the root canals are sealed with a material called gutta percha or with root canal sealer to prevent bacteria or debris from entering the root canals and causing further infection. Finally, the crown of the tooth is sealed with a filling or crown.

Experience the GentleWave® Procedure, an innovative alternative to standard root canal treatment. It presents a major advancement that helps us achieve our goal to effectively clean a tooth’s entire root canal system, no matter how complex. The root canal system consists of intricate channels for the nerves and blood vessels.

We are always evaluating technological advancements and incorporating them into our practice when we believe that doing so will help us provide a higher level of care than previously possible and help us save more teeth for more of our patients.

The GentleWave® System delivers a broad range of sound waves within the complex anatomy found within the tooth, in concert with continuous irrigation. In a matter of minutes, this procedure results in complete cleaning and disinfecting of the entire network of canals. The incredible effectiveness of this system also allows us to conserve more tooth structure than ever before.

We are very proud to be able to offer this level of care to our patients. Oak Hill Endodontics is fully certified in the use of the GentleWave® System and will gladly answer any questions you may have about this exciting new technology. 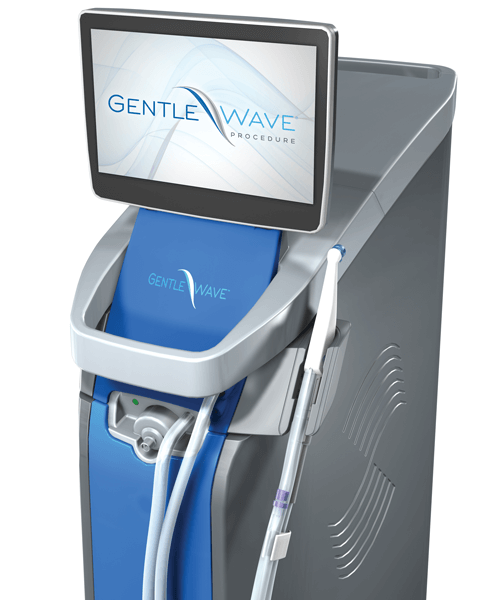 Back to Endodontic Services
HOME